From the Community Bank Samford, we want to give our heartfelt congratulations to Taymon Kenton-Smith, on being selected for the Australian Para Archery team for the 2020 Tokyo Paralympics due to open today, 24 August.

Taymon started training with the Samford Valley Target Archers (SVTA), about 5 years ago but his journey to Tokyo began many years before that when he made three promises to his grandmother at the age of 14:

“I promised her that, a) I would get the green and gold Kenton-Smith jersey; b) she would see my name in international lights, and c) I would get to the Games before she leaves this world. Unfortunately, she passed earlier this year but making it to these Games, I feel that the promise was still fulfilled”, says Taymon.

Taymon’s Paralympic journey though technically started way before that time too because his first bow was one that his grandfather made when he was just 4 years old. But it was when his grandmother wrote into a competition and won money to buy him some Olympic standard equipment that things started to get real.

“It was the ‘Wishing Well’ competition in a Take 5 magazine back when I was 14 that Nanna wrote into and won it. I used that money to purchase a better recurve bow, gradually getting enough experience and money together to get a full Olympic Style recurve”, says Taymon.

Paralympics athletes have been doing it tough in these times of COVID-19. Athletes have had to experience training regimes impacted by lockdowns, often limited access to support, and certainly no cheering crowds in the lead up to the Games.

Taymon confirms that it has been a tough time for everyone and even tougher for athletes during these restrictions but luckily, he was still able to train during quarantine. He recognises his good fortune but also states that “the constant threat of being infected or in an exposure site is a scary concept which limits certain training aspects.”

We can certainly see that Taymon’s training to get to the Tokyo Paralympics is evidence of his commitment and playing the long game.

Before joining SVTA, Taymon was a member of Grange Bowhunters Inc at Albany Creek for many years. He has always been passionate about longbows, and he felt if he could master a longbow and instinctive shooting, he would find Target Archery and Recurve Olympic style shooting much easier.

Taymon’s shooting practice has taken place at every other Brisbane archery range but he prefers SVTA for its professional look and also as a self-confessed environmentalist, he loves the variety of native birds and wildlife located in the area.

The Club has a long history of looking after its members. Alison Hagaman, who has held many roles at SVTA including Club Coach, was Taymon’s first coach. She recognised Taymon’s ability from a very early stage, and in addition to training Taymon, Alison also encouraged him to keep striving to advance until he came to the attention of Archery Australia.

SVTA’s origins actually began in the Grange in 1947, where they were known as Grange Company of Archers. Since that time some 70+ years ago they are now the oldest, continuously functioning, target archery club in Queensland, with the largest membership of 200.

The club moved to the Samford area in 2009 and adopted the trading name of Samford Valley Target Archers in 2012. It has hosted a number of national competitions and is expected to host the National Target Championship in 2022.

Since 2013 the Community Bank Samford has provided $11700 in grants to the SVTA.  This money has funded target butts, park tables, and an Automatic External Defibrillator.

These items have all helped in member activity, comfort, and safety. The Community Bank Samford is so proud to support SVTA, and from us all at the Bank and the whole Samford community, we wish you Taymon, good shooting – and may your arrows strike gold at Tokyo.

* Taymon was born with a birth defect that left him without fingers on his bow hand and he has been working with the Australian Institute of Sport (AIS) engineering team since last year on a custom grip for the bow. The new device has been so helpful, Taymon’s confidence has soared. “I could shoot six [arrows], miss the target completely, and I would still be doing better than what I was doing this time last year,” he says. Read the full story here 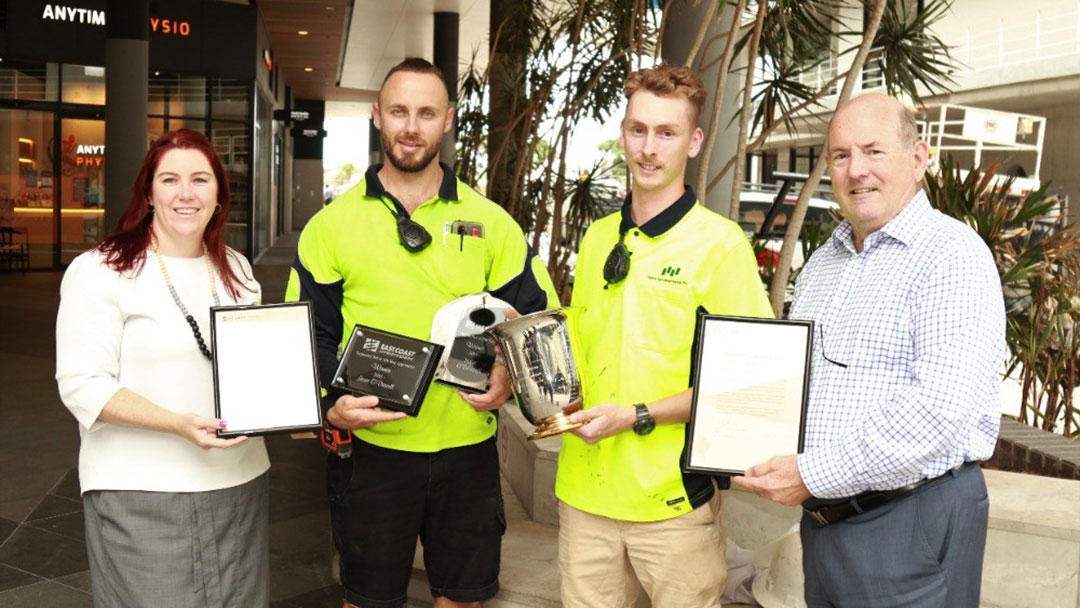 Supporting Young Locals To Get A Bright Start

East Coast Apprenticeships Operations Manager Derek Carpendale joined this community based not-for-profit organisation 16 years ago, originally as the Employment Services Manager, and then in his current role for the last 10 years. It was a no-brainer for Derek to...

END_OF_DOCUMENT_TOKEN_TO_BE_REPLACED 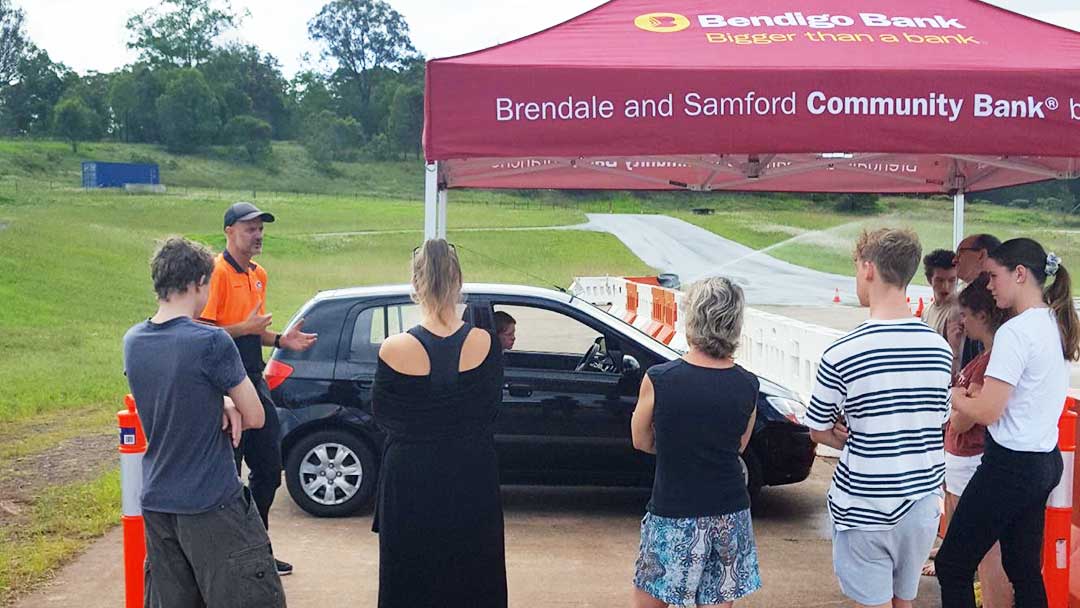 Community Bank Samford and Brendale are proud to remind the community that the annual Defensive Driving course will be opening soon, and it is keen to get its next lot of future safer young drivers. We strongly promote this to all parents and those about to start...

END_OF_DOCUMENT_TOKEN_TO_BE_REPLACED 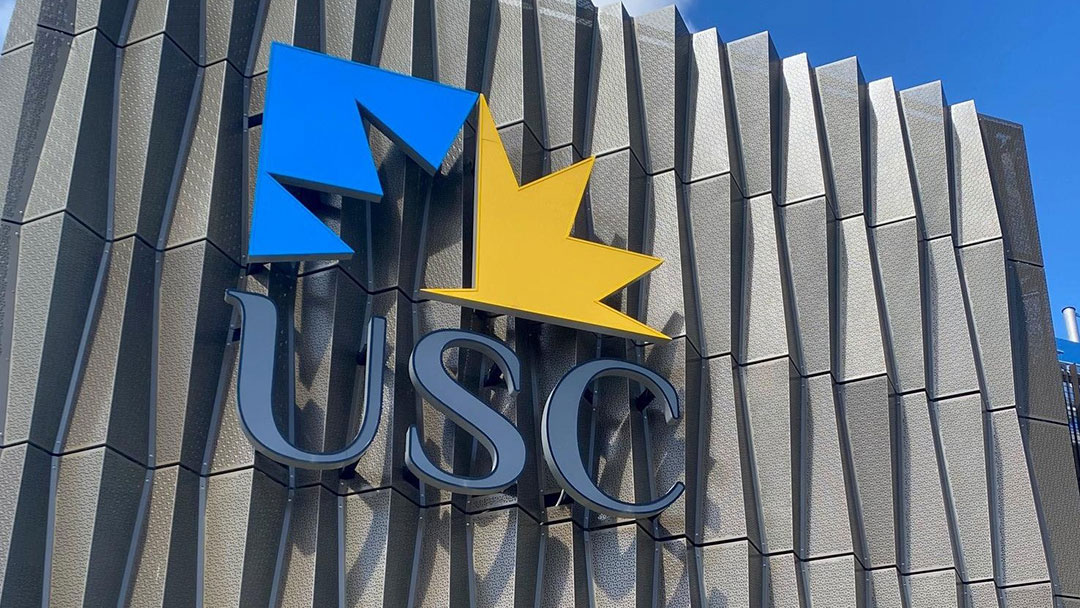 The Community Bank Samford Scholarship Sharing Our Commitment To Community